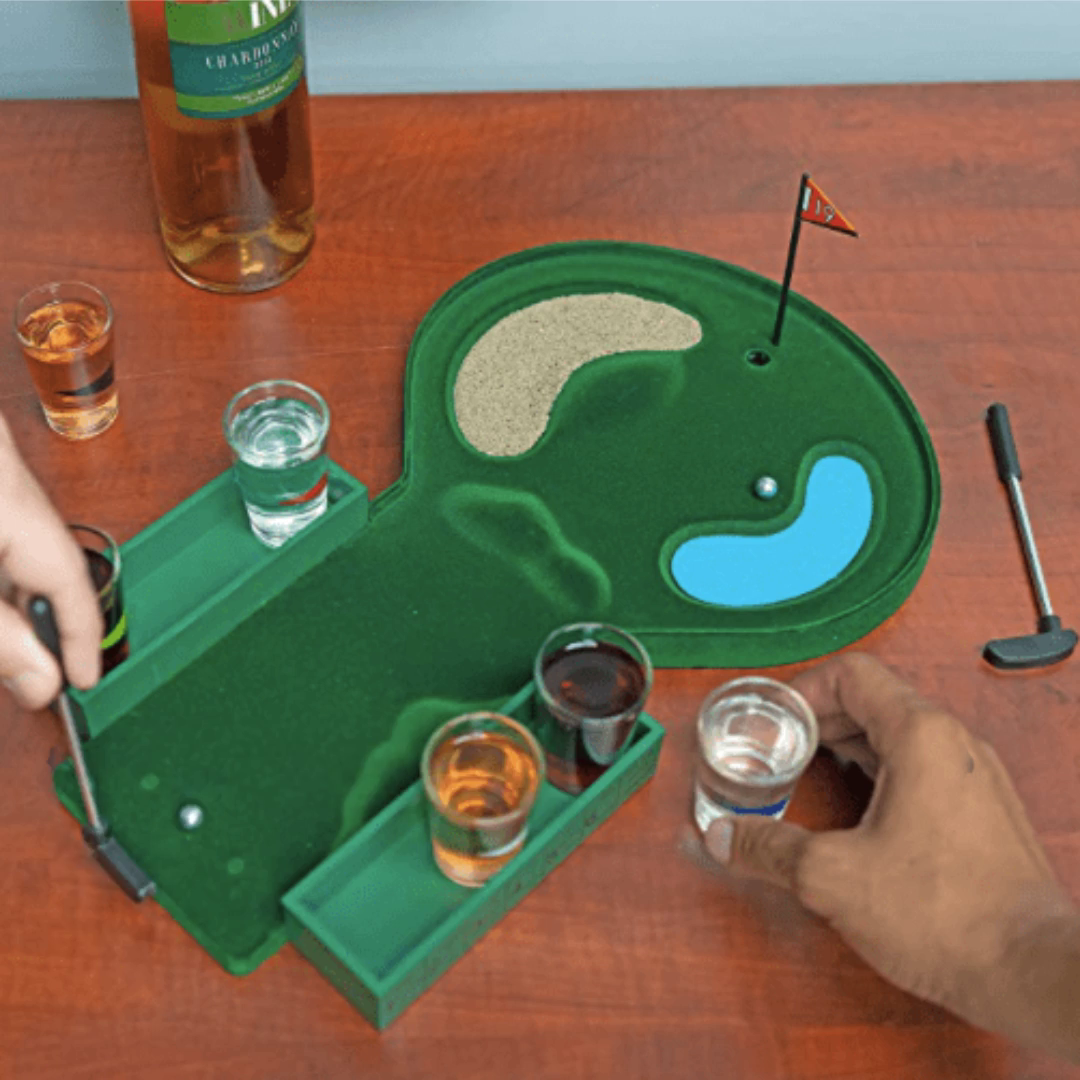 The Office US Advent Calendar 2021

This Christmas, get cosy with the employees of Dunder Mifflin, Scranton! From Michael Scott to Dwight Schrute, this advent calendar from Funko Pop! features all our faves!Plus, who doesn’t want Jim and Pam by their side into the new year?

After a new phone case but just can’t find the perfect one? Well, @casetify has joined forces with Vegemite to create some iconic phone cases that’ll set you apart from the crowd!Their designs range from subtle to, well, not so subtle. The choice is yours! Plus, you can even get your name customised on the back for something a little more special.Which design will you be grabbing?! Hurry, it’s a limited edition!

If there were ever a reason to get started early on holiday shopping, it’s because these adorable Christmas sweaters featuring your fur baby are 30% off! They’re oh so cute and extremely realistic. Choose your own background colour, upload a photo of your pet, and then you’re good to go. They come in sizes from S to XXXL, so everyone can have a cosy Christmas. Know a dog parent? Be the best gift-giver of the season with this one-of-a-kind prezzie.

Guess what?! @redrooster_au has its own merch and it’s got everything you’d ever need. We’re talking sweaters, tops, hats, masks (duh), plates, glasses, sunnies and even a cooler! The best part? All profits are going to the Red Rooster’s charity partner @foodbankaus! Which is Australia’s largest hunger relief charity. So not only will you be ready for the summer with this epic merch, but you’ll be helping out a great cause. Tag a mate who needs to know!

In celebration of 25 years of Pokémon, @converse_anz has created the ultimate kicks to keep the nostalgia alive. Decorated with images of Bulbasaur, Charmander, Squirtle, Pikachu, Meowth and Jigglypuff, these shoes will make the perfect gift for kids and adults alike this Christmas! Expected to drop on December 10th, which pair are you keen to get your hands on?

Check out the Leverpresso Pro from @hugh.official, a Kickstarter funded espresso press that’s making cafe-quality espresso anywhere you want. With a portable, easy-to-use design, the Leverpresso is the perfect replacement for grainy French presses and expensive pod machines. Ships March 2022. Pre-order before Friday and save $150.

It’s a-me, Mario! Mario, Luigi and the whole gang are here and ready to take over any magnetic surface you can get your hands on! Starting off with packs of 10 pieces, all the way up to custom orders, these magnets add the perfect dose of Mario time! to your day!Let’s-a-go!

Remember how great whacking piñatas feel?!If you’re going through a break-up, having issues with your boss, or just need to let out some frustrations, this personalised piñata from @greylinesau is sure to HIT the spot!

Invest in some eco-friendly safety razors that will give you the smoothest and closest shave yet!

Protect Your Pupper With This Basebsall Cap

Protect your pupper from the afternoon sun with this adorable baseball cap. The Pet Hat with Ear Holes features an adjustable design that will ensure your furry friend is comfortable, while looking extra fly on those afternoon walks.

This fun-sized version of the classic game of beer pong has upped the stakes of the game. With cups the size of a pinky finger, you might finally be able to challenge the reigning champ of our friend group!

Treat Your Feet With A Pair Of Vegemite Volleys

If you’re looking to up your shoe game, these Vegemite Volleys are sure to turn heads. With the distinct vegemite colour palette, we know what we’ll be wearing to the next festival.

A washing machine… for makeup sponges?! That’s right! This beauty washing machine from @urbanoutfitters is designed to keep your sponges and brushes clean. It’s fun, easy to use and comes in 3 colours (white, pastel pink and mint) that’ll look super cute on your bathroom vanity.Would you try this out? Let us know below!

Keep Your Pup Cosy With This Self Heating Pet Bed

The colder months can take a toll on our fur babies. While they have luscious coats to protect them, keeping them warm on those chilly nights is essential. Which is why the Self Heating Dog Bed from ALDI is perfect for your pup!

Bill Murray’s Air Jordan 2 sneakers from Space Jam are up for sale and they’ll bring back a heap of nostalgic memories.

Microsoft Flight Simulator is one of the best simulation games we’ve ever seen! Choose from light planes to wide-body jets, and fly highly detailed and stunning aircraft. Create your very own flight plan and fly all over the world!

Then you’ll love Impossible Puzzles from Clementoni! Put this 1000 piece jigsaw together to create a crazy pic

The most advanced and powerful camera from @gopro is now on SALE! The HERO10 comes with impressive new features including a revolutionary GP2 processor, 5.3K video resolution, HyperSmooth 4.0 stabilisation and improved low-light performance. It’s also cloud connected, which means your footage is automatically uploaded and backed up from the moment you charge it!It’s currently on sale for $599.95 so get in quick if you don’t want to miss out!

@vans is launching a horror movie-inspired collection – just in time for Halloween! The teaser was released yesterday and gave us a sneak peak at what to expect. It pays homage to classic horror movies like Friday the 13th, The Shining, Nightmare on Elm Street and more!While Vans hasn’t given us any more info on when they’ll be available, the exciting news has us absolutely pumped for Halloween.Are you as excited for October as we are?! Let us know below!

Star Wars fans, get excited because @hasbro will soon release a George Lucas Stormtrooper action figure!To celebrate Lucasfilm’s 50th anniversary, the creator will be immortalised in figurine form. The 6-inch action figure features George Lucas in Stormtrooper armour and even comes with a removable helmet and blaster!While it won’t be released until 2022, you can pre-order from September 29! Will you be adding this to your collection? Let us know in the comments!

If you have AirPods but are kinda over the plain white case, then you’re not alone! We’ve found marble AirPod cases that give your AirPods an extra luxe feel and they’re handmade here in Australia! If marble design isn’t your vibe, there are plenty of other unique floral, animal and pattern designs that you’re sure to fall in love with!

You will never believe it until you see it!!! Kodak Premium Puzzles Presents: THE WORLDS LARGEST PUZZLE!!! This puzzle is the most amazing puzzle you will ever see!! The puzzle is made of high quality board and snaps together piece after piece.

In the throwback of the year, Digimon are back! The working keychain Digimon are available now from Urban Outfitters!

There’s a NEW Pokémon trading card game coming soon! ⚡️The Pokémon Company is officially releasing their free new game, Pokémon Trading Card Game Live! While there’s already a desktop version, the new app comes with an upgraded digital format that allows players to play on ANY device!Trainers can expect to build their own decks, battle others, customise avatars and complete daily quests. Who will you choose to fight your battles?!There’s no word yet on the release date but expect a soft launch later this year.Tag a Pokémon fan!

Buy Now From The Pokémon Company

If you’re an avid sneakerhead that happens to also love LEGO, we’ve found a collab that will excite all your senses. Adidas and LEGO have teamed up to create a pair of LEGO inspired Superstars and a LEGO model that’s based on the classic shoes. Stylish and modern while still boasting a burst of ‘90s charm, these two pieces will become a classic in your collection.

Play as either Ross Rachel Phoebe Monica Joey or Chandler by choosing one of the exclusive tokens which are iconic to the gang; will it be Rachel’s handbag Ross’ dinosaur Chandler’s sweater vest or even Phoebe’s acoustic guitar?