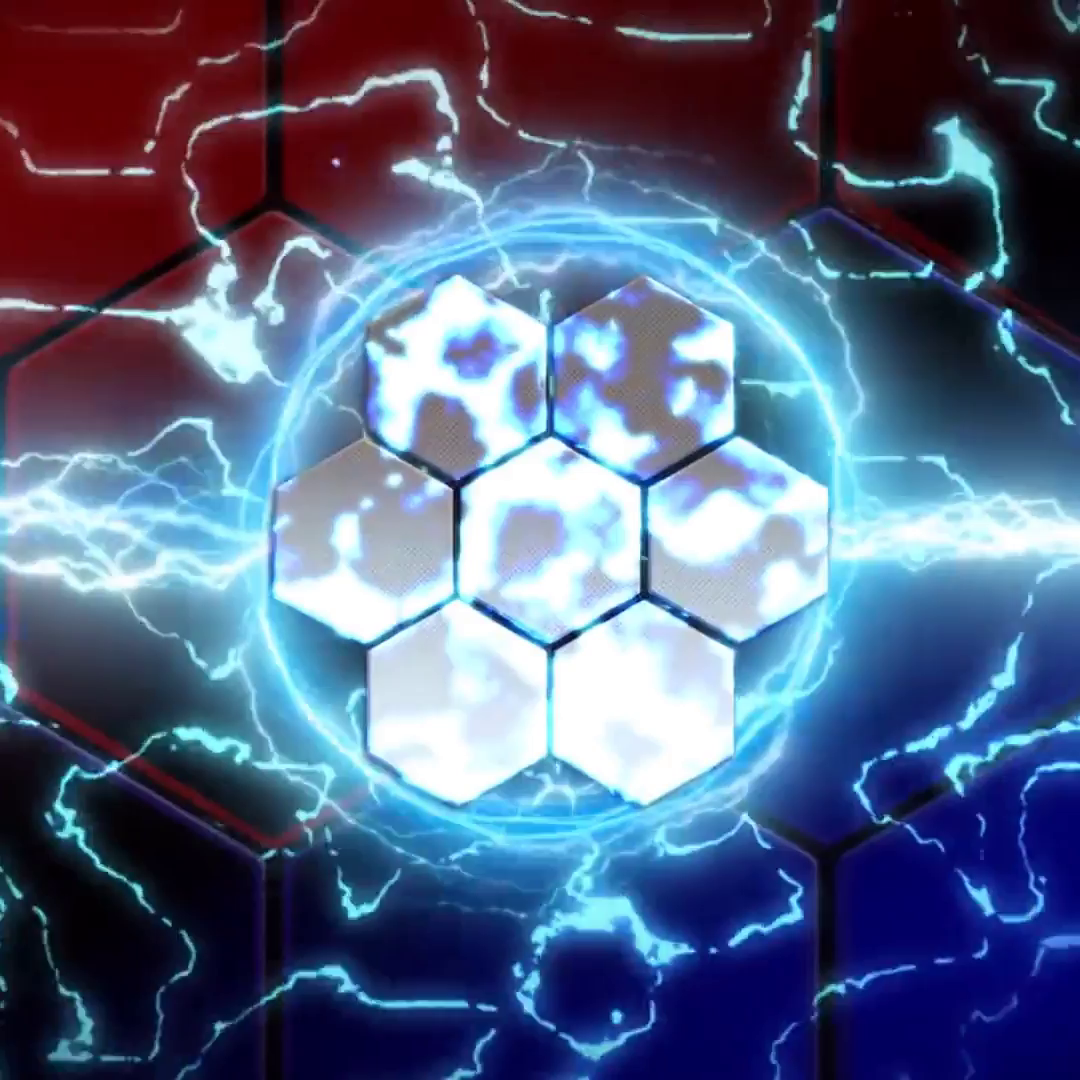 There’s a NEW Pokémon trading card game coming soon! ⚡️The Pokémon Company is officially releasing their free new game, Pokémon Trading Card Game Live! While there’s already a desktop version, the new app comes with an upgraded digital format that allows players to play on ANY device!Trainers can expect to build their own decks, battle others, customise avatars and complete daily quests. Who will you choose to fight your battles?!There’s no word yet on the release date but expect a soft launch later this year.Tag a Pokémon fan!

Surprise! Apple’s dropping new AirPods and a MacBook in two different sizes. During a livestreamed event on Monday, Apple’s chief executive, Tim Cook, unveiled the redesigned Bluetooth earbuds and the first of the company’s revamped high-end computers. Watch our video to get the inside scoop on @apple’s new Airpods Gen 3 And M1 Chip MacBooks including when they’re being released, which features are updated, their price and how to get them! Are you as excited as we are? Tag a tech fan!

If you’re still searching for the perfect Halloween costume, we know just the place with costumes guaranteed to have you turning heads.The Squid Game store has now officially opened and they’re currently slinging a selection of epic costumes in time for Halloween! From guards to individual player costumes, you can replicate any and every costume.Which character will you be dressing up as? Let us know below! : Squid Game Store

It isn’t a proper summer without cooling off in the backyard with a hose. Luckily, @sunnylifeaustralia has created the perfect inflatable rainbow sprinkler to keep the whole fam entertained (and cool) all summer long! SUNNYLiFE has collabed with talented Indigenous artist, @natalie_jade_collective, for this stunning rainbow sprinkler and we couldn’t be more obsessed. Even if you don’t end up using it as a sprinkler, this design is sure to enhance any Insta photo! What are you waiting for? Secure yours before those heatwaves arrive!

If you too, hate the taste of luke-warm wine on scorcher of a day, then this wine cooler is for you! There’s no ice needed, so pack this on all your picnics and bbq’s and it’ll save the day! Also, how good will having a cold bottle at the ready be when you finally arrive at your destination after a long day of road tripping? Absolute treat. We love a colour choice, and @huskicooler have blessed us with five fabulous colours to choose from. Tag someone who needs this genius cooler in their life!

Summer’s right around the corner and this smart cooler by @sunnylifeaustralia is the ULTIMATE beach & poolside accessory! ⛱☀️It’ll keep your drinks cold and blast tunes all day! It’s USB, AUX & Bluetooth compatible so just plug your phone in, sit back and enjoy your drinks to your fave summer playlist

This Rolling Stones float is sure to turn heads this summer! @sunnylifeaustralia has created the ultimate beach float for you to relax and spend your days on. The rock and roll inspired float is trendy, iconic and fun! You can rest your head against those juicy red lips and sprawl out on the tongue. Know anyone who’s obsessed with the Rolling Stones? Tag them!

Gamers unite! Did you know that @logitech is teaming with @riotgames to bring us an epic @leagueoflegends gaming collection?! We’re talking Logitech G’s PRO Wireless Gaming Mouse and PRO Mechanical Gaming Keyboard, a mouse pad and a PRO X Gaming Headset. We’re in love! The new collection drops November 1st so tag a friend who needs to know ASAP!

It’s almost Halloween which means we’re all on the hunt for the perfect spooky costume, but you probably haven’t thought about giving your furry friend the ultimate festive glow-up.With your pets comfort in mind, these Halloween costumes are sure to leave your pet feeling and looking like the star of the show (which they always are). From spiders, The Joker, lions, bats and even dinosaurs, these costumes are available for both cats and dogs no matter their size! : etsy

Call yourself a basketball fan? Have a favourite NBA team? Now you can show your support by wearing their colours and makeup products to their next game! @colourpopcosmetics have teamed up with the NBA (pun intended) to bring us a massive b-ball inspired line. There are 6 teams to choose from: the Los Angeles Lakers, the Boston Celtics, the Chicago Bulls, the Dallas Mavericks, the Golden State Warriors and the Miami Heat.The drop will feature eyeshadow palettes, gel liners, face stickers, glitter face gel and makeup bags. And it launches this Friday October 15th!Tag someone who needs to know!

The New Xbox Series S Has Been Announced

Great news for gamers, the Xbox Series S has been confirmed, and it looks set to drop this year! The disc-free little brother to the Series X is said to pack next-gen performance into the smallest Xbox ever. Except it to arrive in November for $400, nearly $300 less than the Series X, which is rumoured to cost $690.

Be prepared for all your adventures with the Beco Travel Bowl. Made for travelling, the collapsible design will ensure your pup never misses a meal no matter where you go.

Buy Now From The Vet Shed

This Personal Aircon Is A Summer Must-Have

Stay fresh during the summer heat with this personal aircon from Dick Smith. With a compact design that’s easily portable, whether you’re at work or home, you can enjoy a cool breeze all day long!

With laser focus you slide behind the wheel. Nothing matters but the speed! Take control of this cool LEGO® Technic™ Top Gear Rally Car and get ready for the drive of your life! Controlled using the LEGO Technic CONTROL+ App, you’ll discover a host of neat functions, including realistic sounds and real-time feedback. Take on challenges, earn achievements and access inspirational Top Gear content.

Step into the New Year looking seriously fly with these Lunar New Year-inspired Dr. Martens. With jade green detailing, these shoes will elevate any outfit.

Baby Yoda is coming home with this adorable LEGO set! ‘The Child’ is made from over 1,000 pieces, standing at an adorable small 19cm. Coming this October from LEGO for $119.99.

This best-in-class gaming mouse is all about precision! The ultra-responsive Logitech G502 puts the power in your hands, with a purpose built gaming mouse that’s bound to up your game.

BUY FROM Bing Lee on eBay

NERF is releasing a stunning recreation of this iconic ‘Mandalorian’ blaster! The intricate reimagining of the Phase-Pulse Blaster features a number of incredible true-to-screen details including accurate sounds and clever design details. Releasing in August 2021, you can pre-order it now for $199.

This portable computer monitor is a game changer! The Espresso Display is the fully portable, touchscreen monitor that’s powered by your laptop!

Here's Your First Look At The Latest Air Jordans Drop

The latest pair of Air Jordans for women will take your outfits to the next level. Known as the Air Jordan 4 Retro SE WMNS ‘Starfish’, this fresh set of kicks features a mesh finish and winged eyelet detailing. Set to release in early 2021, stay tuned for more updates.

Keep Your Shopping Secure With These Bag Holders

Stay Hold’s bag holders will keep your groceries secure when you’re in a rush. With various designs for different items, the wine holder is perfect for securing your chardonnay.

Unwind This Summer With An Inflatable Spa

Transform your backyard into the hottest resort on the block with this inflatable spa. Suitable for four adults, who will you be inviting over this summer?

Take a trip to space with the NASA Space Shuttle Discovery by LEGO. Bringing the brilliance of this epic orbiter to life, this detailed set is perfect for a home office.

This incredible Turtle Beach headset is a must-buy for gamers. The Turtle Beach Stealth 600 (Gen 2) packs a whopping 15 hour battery life and powerful audio for an epic gaming experience.

FIFA 21 is here and ready to change the game! The latest evolution of EA Sports’ iconic football simulator features a revamped Career Mode, Ultimate Team and the return of FIFA 20’s wicked ‘House Rules’. Grab it now from EB Games on eBay.

Your favorite Pokemon characters made with swarovski crystals!

More Info Via The Dan Life

Now you can play with your dog no matter where you are, thanks to this smart, remote-control chew toy!

Bring home all of your child’s favourite characters from the Harry Potter series in the form of these mini collectible pencil topper figurines!